Riding the Waves of Unemployment.

For the most part, I see myself as a stereotypical Norwegian – blue eyes and blond hair. Growing up in the one of the richest municipalities in Norway, I was one of the lucky ones where we would always travel to a new destination each summer.

Because I was one of the fortunate ones, I decided to move abroad. Far away from the cold and snow. But it was not until I moved back, I realized how narrowminded Norway is (and how ignorant I used to be).

“I will have a job in three weeks” is what I told myself upon arrival to my mother country. A year has passed and not one single offer. From a Norwegian company that is.

I did, however, get a lot of job interviews. I was very lucky. 1st, 2nd, 3rd round. I had equally high hopes every time. And then came the rejections. It was easy to brush things off in the beginning. But after rejection after rejection, it starts to hurt really bad.

It wounded my self-esteem so much, and I am still struggling today. I am not as nearly as social as I used to be. I even stopped drinking because I hate meeting new people, or old friends (ugh, those are the worst), and having the whole “so what do you do now?” conversation. But the worst part is that I have stopped believing in myself and my own abilities. I do not feel like I am deserving of a job, or to contribute to the society. And I feel ashamed, embarrassed, and like a huge disappointment to my family.

According to the recruiters, I am doing everything right. And “everyone” keeps telling me not to worry, I will get a job sooner than I know it. But when is soon? I have already given up so many times, and I am pretty sure my self-esteem cannot take more rejections.

As of now, I am taking a break because I just need one. I am still wondering if the companies I interviewed with a while back gave me constructive criticism or if I just did not want to hear it. All I remember is that most people told me “if it was not for the other candidate, it would have been you,” “we like you a lot, but we decided to go for another candidate.” I was once told I did not communicate well enough why I wanted to work for a company. And that is fair enough. But at the same time, I am thinking, is that all?

Through friends and Diversify, I have met so many incredibly talented people, who are not given a chance because they 1. have parents from a different country (aka do not look “Norwegian”), and 2. do not have experience from Norway. I have met people with multiple master’s degrees, 10+ years in different industries, and they struggle to get a relevant job.

Why? Why are companies rejecting those who could and would contribute so much to society in their work ethics, skillset and diversity? I would do anything to get a chance.

A wise friend told me that sometimes our greatest blessings comes from our greatest disappointments. And I truly hope this is the universe redirecting me or teaching me a lesson – at minimum, perhaps a lesson in entitlement. Whatever the outcome, I have to stay strong and keep pushing. Through Diversify, I hope we can continue the conversation and plant the seeds needed to make positive changes.

Written by a Freya. 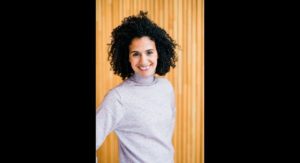 Leila Rossow is the energetic and inspiring Founder of Papillon Bergen. Papillon is a social impact organization that works to 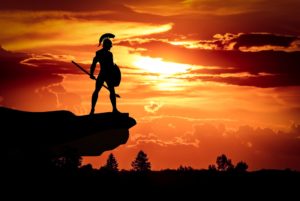 (Continued from Part I..) My smallness was further exacerbated by my perception of my husband as I believed that he didn’t 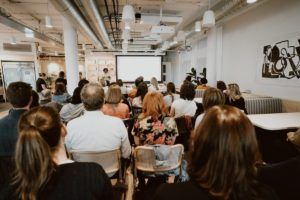 On March 5, 2020, we had an event to address the mental health challenges people face when they relocate to